One thing I really enjoy doing is creating software.  One application that I’ve been developing over the years is a lead tracking tool called SI Lead Manager. You can get the current version beta 6 right now for free.  Since I released beta 6 last year, there have been over 700 people download and use the software.  That is just awesome to me!!. 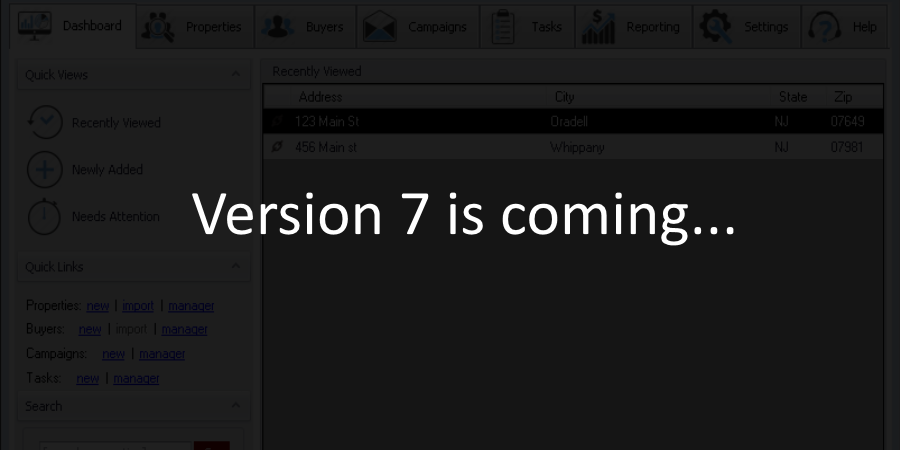 Over the past 18 months I have been working hard on the next version…Which I’m calling SI Lead Manager v7.

I took every bit of feedback that I’ve gotten about beta 6 and used that to help me create this awesome new version.   Over the next 30 days, as I put the final touches on some of the features I will be sharing videos previews.

Version 7 will also represent the first product I will be charging for, but it will be worth the price and be affordable.  I plan on offer three different versions ranging from $49, $99 and $199 price points.  I will go into the differences in a later post.

So What Does this Lead Tracking Software Look Like?

Here is a short video demonstrating some of the features of SI Lead Manager v7.  I take you through…

As you can see I have completely overhauled SI Lead Manager from beta 6.  Hopefully I don’t upset to many Beta 6 users, but these changes needed to be made in order for the system to advance.

When Will the New Version be Released?

The plan is to release Version 7 of my lead tracking software sometime in Mid December.  I hope to hit my mark, but there are so many things I’m finding out that I must have in place before selling a product.  If anyone has any knowledge of selling software I’d be grateful for any tips that might help me a long.

I hope you are just as excited as I am for the launch of my lead management software.  There have been some great reactions from the small group of beta testers that I have had.  One person said…

This thing is Awesome!

When will SI Lead Manager v7 be Released?
If you would like to get notified when SI Lead Manager v7 has been released as well as other updates about v7 click the button below.
For being on the notification list, you will get a special discount plus some awesome bonuses if you purchase.

Click Here to Notify Me When SILMv7 has been Released!