I’ve been sending out postcards for about 3 months now. I would say I’ve sent out over 500 and my response rate has probably been .8%. They say if you are getting 3% that is good, so I’m 2.2% off of that mark. Here is my post card that I’ve been sending out… 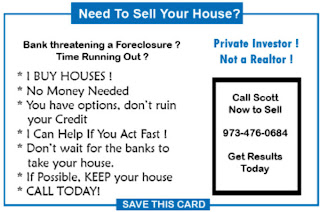 …Does anyone have any suggestions on how I could improve the message? Also does anyone else have any examples of postcards that have proven to work for them?

I got one response from a wholesaler regarding the emails I sent out last week. He was interested in a birddog, so we are negotiating a fee and I’m trying to get his criteria. 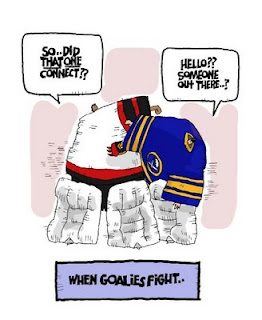 Getting the criteria out of a wholesaler so far has been hard, as they never seem to have a “Set” model that they go after. They seem to take it on a deal by deal basis which makes it tougher for me to pin down exactly what they would like. So I end up sending them everything and anything I come by, which turns them off of me cause I send them junk. Shooting in the dark

Sent out 56 postcards yesterday, about half of them were second mailings. I feel a call coming from this batch…and I will pick up!!

Went to 5 before the snow came on sunday. Saw one that I would LOVE to move into but a little to costly for me right now. 76 open houses and counting.

Over the next couple days I’m going to revisit the goals I set for January and February, see what I accomplished and also create some new goals. I will report back.