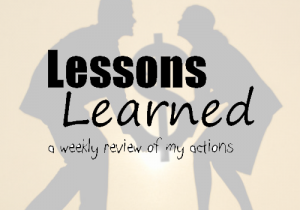 Debt to me is the ultimate four letter word and I hate it with a passion.  I always used to admire the people who could purchase a car or even a house with all cash and then be done with it.  Growing up, my parents financed every car, mortgaged their house and never thought twice before plopping down a credit card to pay for something.  It was a way of life for me growing up, and I’m sure many of you had the same experience.

When I got my first credit card back in college I never really used it much, but to buy books.   The limit on it was only $500 and after buying all the texts I was pretty much maxed out.  I even remember getting rejected while purchasing some books because I was up against my limit.  That was back when you would actually get rejected, now credit card companies charge you an overage fee for going over your limit unless you call them up to opt into the hard limit.

The story became different after getting my first job and getting some more credit cards.  I quickly built up about $20,000 in debt before I realized I was in trouble.  I could barely make my payments and was playing a dangerous balancing act that routinely left me with no money in my bank accounts after my bills.  If anything had gone wrong with my car or something else unexpected I would have been screwed.   I needed to pay off these credit cards and fast.

There is no real secret to paying off debt, no system that really works.  You just take what money you have extra and put it all towards one card and focus on that until it gets payed off.  In total I had 4 credit cards, 3 of them maxed and the last one I was about 50% of max.  I started paying $500 + any extra I had to the card with the biggest balance and the minimum + $20 to the others.  Let me tell you it took me over 6 years to pay off every single scant scent on those cards.  In fact I finally did it the month before I got married.  The last $3000 took me the longest because I started to feel safe again and put more on the card.

I learned a lot from this experience and one of the main messages was to follow through and finish what I start or it all could come unraveled.   I was lucky not to have every missed a payment and I came out the other side with about an 820 credit score.  But if you have a debt free life, who the hell cares about your credit score right??

My wife is great at keeping us credit card debt free, she has always paid off our credit card (we only use one, and cash in the points each year for gift cards) each and every month.  I love her for that, but we still had some more lessons to learn when it comes to other debt sources like car loans and mortgages.

One of my goals is to completely eliminate our debt, even the mortgage.   We had just bought cars in the fall of 2008 and racked up over $40,000 in loans.  At the time we didn’t think twice about it, all we cared about was being able to make the payments comfortably.  Terrible Idea!  I finally realized this.  Last May 2009 I made it a point to start paying off our car loans.  The rates were about the same, the terms were 5 and 7 years (another terrible idea, but it got the payments where we wanted them so we took it..*shaking head*) but the payments on my car where a bit more so that was going first.

We quickly threw an extra $5000 on our next payment and then added as much as we could over the next 9 months and dwindled the payoff total to just under 11 grand.  Not bad, but the great news is that we got a pretty large tax return and I’m proud to say we are paying off the remainder of the car balance next week.  I’m so psyched!

We will then take the monthly payments we normally would have made for the car loan and pay us!  We would do this by placing that amount into our ING account.  That amount will up our total to about $900 a month savings to us.

My wife’s Rav4 is next on the list and we currently have $17,100 left on that, so by this time next year that will be off the books as well.

Surprisingly it wasn’t easy to convince my wife to pay off our car loans faster then called for.  She liked the idea of having money saved up in our accounts, even though it was false money because it was already spoken for by our loans.  Once we bought our house and had a mortgage we weren’t really saving money, but rather standing still.  We would spend almost exactly the same amount of money we had coming in.  I needed to find a way that would force us to save money, and then I came up with the concept of paying off debt as away to save money.

Even though it would require us to pay more money out of pocket per month, it was reducing our debt, which meant our debt to income ratio was falling.  This increases our net worth and once we get the debt removed our net worth will grow exponentially.  This is how I convinced my wife that it was a good idea to get rid of the debt.  By “spending money” to pay off debt, it’s like placing that money in a bank account you can’t touch.  I look forward to reporting when we pay off the other car and start working on our mortgage.

Has anyone else paid off a lot of debt?