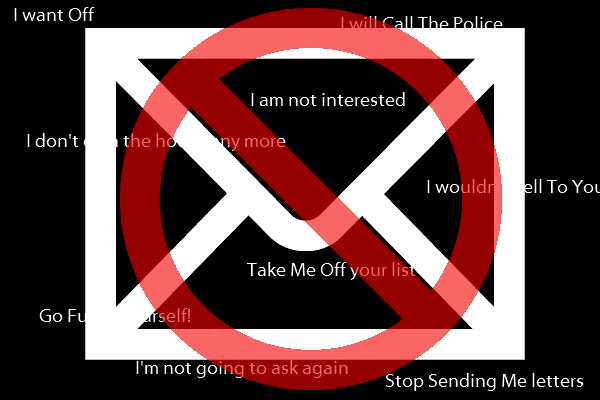 For everyone who is sending out direct mail, have you ever accidentally sent letters to people who have called and asked off your mailing list?  I recently did and it pisses people off something fierce to say the least.  I haven’t checked the laws on this but I’m pretty sure it falls under similar things such as do-not-call lists.  Either way it’s good etiquette to not mail to people who have asked you not to. 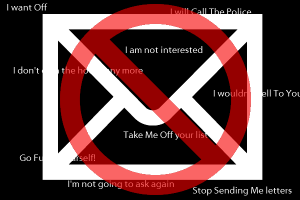 Because I simultaneously use and debug SI Lead Manager beta 6, I sometimes run into issues and this was one of them.  The way the system is suppose to work is that when a person responds or I get a returned letter in the mail, we mark those things in the system and they should then be removed from future mailings.  Apparently this has not been working correctly.
Even though I doubt we would ever get in trouble or fined, you can never be so sure.  If someone out there wants to make an example out you, I could be in for a world of hurt.  So from now on I’m going to double check my mailings before sending them out until I can be certain that I’ve gotten that bug squashed out of the system.  I admit that, because of lack of time, I wasn’t double checking to see if any closed leads were mixed into my mailings.  That has put my partner in a precarious position when these people call again to say they continue to get letters.  The last person threatened to call the police.

Has anyone ever gotten in trouble for sending mail to people who asked off your mailing list?